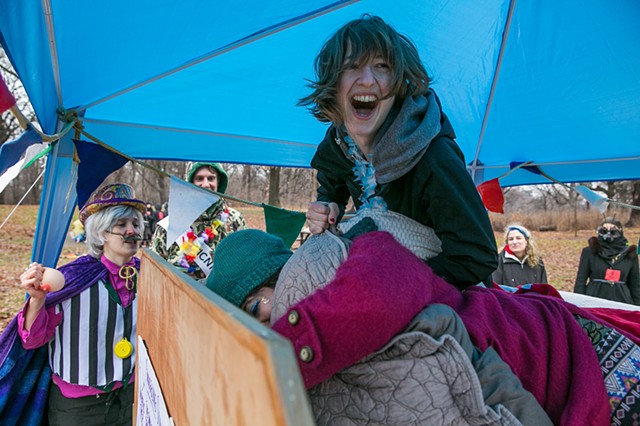 On a drizzly February Sunday that soon became rather temperate, 50+ goons formed about a dozen teams to compete in brilliantly idiotic competitions.

Some of the Awarded Winners were as Follows: